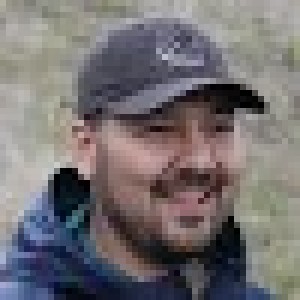 Organic food, a talk by Birke Baehr at TEDx

(Press Release) – Aug. 27, 2012 – August 27, 2012 – Asheville, NC – When Birke Baehr was eleven and his TEDx Next Generation Asheville talk went viral on the internet in the fall of 2010 he wanted to continue to spread his message about food and farming to other kids. As he received additional requests to speak and wrote additional talks which included his back story and how he became so interested in the food system he turned his talks into a children’s book. From those talks sprang an engaging story beginning when he was an eight year old boy asking hard questions about our food system and then how he traveled down the road of discovery to find out that the reality of the industrial food system is less than picturesque. First, it leads him to organic and sustainable farming methods and then, on to the stage from which he begins to change the world with his views on “What’s Wrong With Our Food System.” This journey takes him around the globe where he vows to make a difference, “one kid at a time.” The book’s illustrations by Wynnie Gea are rich in texture and color and portray Birke as a character who encourages the reader to ask questions, dig deep, follow their passion and make a difference in the world.

“I really wanted to create something that kids could enjoy reading with great pictures but also something that shared my message. A lot of people think that my parents influenced me but my story tells about how my asking questions and figuring this stuff out on my own changed the way my whole family thinks about food,” said Birke. “I hope that kids who read my book are inspired to grow a garden, meet a farmer and really think beyond all the flashy commercials and advertising around food,” thirteen year old Baehr stated, “we all have what it takes to make a difference.”

Birke Baehr is now a thirteen year old internationally known youth advocate for organic food and sustainable farming practices. Birke’s mission is to educate others about the problems of the industrialized food system, while presenting solutions for that system through advocating the alternative choices of local, organic, and sustainable food. Birke was named one of six child environmentalists who have already made a change in the world by TreeHugger.com.

He has been featured on television, websites, podcasts, newspapers and magazines, Birke’s 2010 TEDx Next Generation talk, “What’s Wrong With Our Food System,” is the most viewed TEDx talk of all time, with close to 2,000,000 views. Birke will be appearing in two documentary films: Bite Size, about childhood obesity and Choice Point, a film about “being the change one wishes to see in the world.” He continues to travel, speak and study farming.

#
For Photos or Additional Information
Contact: birkebaehr@gmail.com or call 828.669.6261
#
For more ideas worth spreading, visit TEDx. 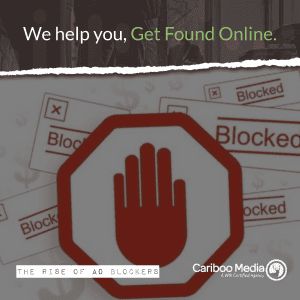 The rise in usage of ad blockers means that digital marketers and their clients have to address users’ concerns when it comes to tracking and ads. 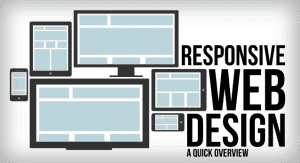 Responsive web design in 60 seconds It’s Undeniable that Mobile is the way to go in today’s market. The most recent statistics From email marketing to social media marketing, companies and brands are now presented with a dizzying array of choices for a media

We are a 100 Mile House digital marketing agency focused on helping you grow. What marketing problem are you trying to solve? You have a vision. We can help make it happen.

© 2020 Cariboo Media, All rights reserved.
Made with ❤ by Cariboo.Media